CNN.com: Even without the buns, Trump’s favorite fast-food meal is a diet-buster 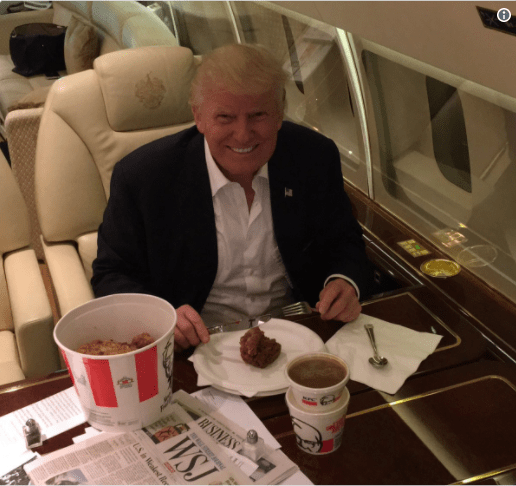 On the campaign trail, President Donald Trump’s typical McDonald’s meal contained nearly a day’s worth of calories and sodium, almost double the recommended daily dose of saturated fat and 2½ times the sugar he should eat in a day, according to US Dietary Guidelines.

Trump became well-known for his love of fast food during the 2016 election. He even tweeted a photo from his plane, ready to dive into a big bucket of Kentucky Fried Chicken, but there are new details about his go-to meal at his other fast food favorite, McDonald’s.