The self-described “happiest place on Earth” is getting increasingly happier for animals, and for those who are increasingly removing those animals from their diet.

After a big push last fall, the resort development division of Walt Disney World in Florida has identified more than 400 new and proven “plant-based” options on the menus of all its food locations, including park restaurants, food carts and hotel properties. That’s 580 locations in Disney World alone. And a similar effort is underway at the Disneyland park and resort in Anaheim, California. 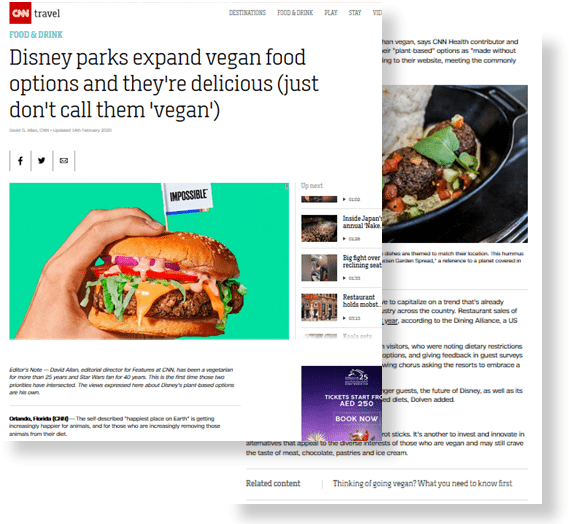